When you are adept at something, you are very good, skillful, or talented at it.

A connoisseur is an appreciative, informed, and knowledgeable judge of the fine arts; they can also just have excellent or perceptive taste in the fine arts without being an expert.

A cynosure is an object that serves as the center of attention.

A dilettante is someone who frequently pursues an interest in a subject; nevertheless, they never spend the time and effort to study it thoroughly enough to master it.

If you say that a person or thing is the epitome of something, you mean that they or it is the best possible example of that thing.

A luminary is someone who is much admired in a particular profession because they are an accomplished expert in their field.

Something nonpareil has no equal because it is much better than all others of its kind or type.

If you are a novice at an activity, you have just begun or started doing it.

The best or most highly regarded members of a particular group are known as a pantheon.

A paradigm is a model or example of something that shows how it works or how it can be produced; a paradigm shift is a completely new way of thinking about something.

A paragon is an example of a thing or person at its or their very best.

A savant is a person who knows a lot about a subject, either via a lifetime of learning or by considerable natural ability.

The virtuoso enjoyed practicing the violin for seven hours a day, which helped increase his incredible talent. His expert and flawless performances, clearly of the level of a virtuoso, were simply awe-inspiring. To be in the presence of such a virtuoso, whose playing reminded me of such musical geniuses as Bach and Liszt, was truly uplifting.

Quiz: Try again! What is an example of someone who is a virtuoso?

Virtue So Good Tomas is a virtuoso in two ways: he is not only so good at playing the piano, but he also possesses excellent character virtue.

A virtuoso is one who has the “nature of an excellent character,” in this case, possessing “excellence” in a technical skill.

Sherlock Holmes Watson has made Sherlock out to be a virtuoso in the public eye. 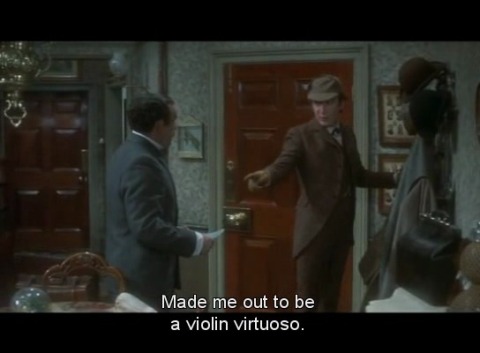