A despot is a leader who has a lot of power and uses it in a cruel and unreasonable way.

Effrontery is very rude behavior that shows a great lack of respect and is often insulting.

Fanaticism is the condition of being overly enthusiastic or eager about a cause to the point of being extreme and unreasonable about it.

If you think someone is showing hubris, you think that they are demonstrating excessive pride and vanity.

If you describe something as unsavory, you mean that it is unpleasant or morally unacceptable.

Usurious loans are made with a high interest rate.

Quiz: Try again! What is an unconscionable act?

If one commits unconscionable acts, one is “capable of” of doing the “opposite of” what one “thoroughly knows” to be the right thing. 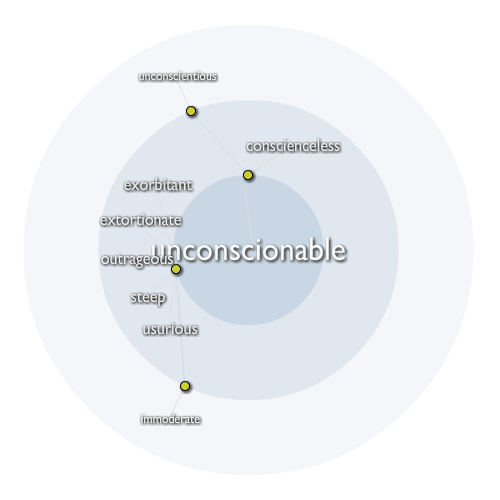