An echelon is one level of status or rank in an organization.

A gradation is a series of successive small differences or changes in something that add up to an overall major change; this word can also refer to a degree or step in that series of changes.

A hierarchy is a system of organization in a society, company, or other group in which people are divided into different ranks or levels of importance.

Taxonomy is the science of classifying plants and animals into an organized system.

In the chess tournament, Gilbert was placed just after second of fifty competitors, and so had a tertiary rank overall in the competition. He hoped to end up on top, but throughout play he continued in his same tertiary or third-place spot. Once having indeed taken third place, Gilbert felt like a third-rate player, and wondered if he would ever move beyond his customary tertiary position.

Quiz: Try again! What is a tertiary position?

Apple, Blueberry, Third Is Cherry First is "A" for apple pie, second is "B" for blueberry, and tertiary or third is cherry!

A tertiary position is “of or related to the third” spot, degree, place of importance, place in order, etc. 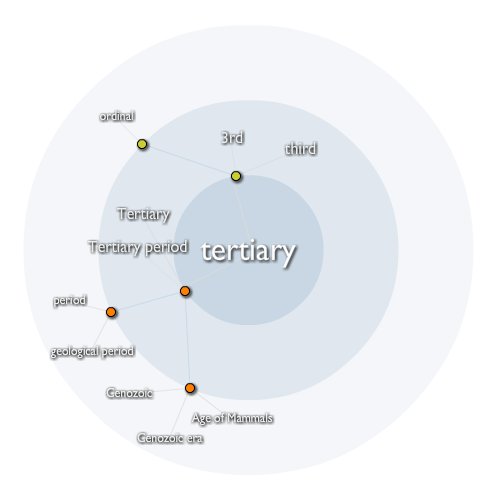