If something is anathema to you, such as a cursed object or idea, you very strongly dislike it or even hate it.

When you arraign someone, you make them come to court and answer criminal charges made against them.

If you are culpable for an action, you are held responsible for something wrong or bad that has happened.

To decry something is to speak against it and find fault with it.

If you denounce people or actions, you criticize them severely in public because you feel strongly that they are wrong or evil.

An animal or person that is docile is not aggressive; rather, they are well-behaved, quiet, and easy to control.

If something is done for someone’s edification, it is done to benefit that person by teaching them something that improves or enlightens their knowledge or character.

If you excoriate someone, you express very strong disapproval of something they did.

If you impugn someone’s motives or integrity, you say that they do not deserve to be trusted.

A mensch is a person who possesses admirable qualities, such as kindness, honor, responsibility, and maturity.

Recidivism is a falling back into an undesirable activity, especially crime, after one has temporarily stopped doing so.

If you think a type of behavior or idea is reprehensible, you think that it is very bad, morally wrong, and deserves to be strongly criticized.

If you repudiate something, you state that you do not accept or agree with it and no longer want to be connected with it in any way.

A wastrel is a lazy person who wastes time and money.

I don’t think our young son, who is clearly a rapscallion or naughty child now, will grow up to be a criminal. Just because he is a rapscallion or rascal now doesn’t mean that he won’t grow out of it. However, I have to admit that rapscallions or dishonest adults probably began their lesser degree of mischievous behavior when they were young.

Quiz: Try again! What is a rapscallion?

Rapscallion is a variant form of “rascal.” The word “rascal” itself possibly came from a word meaning “commoners” or “mob,” which were often filled with mischievous “rascals;” this in turn may have come from a word meaning “scab” or “mud” (things needing to be “scraped” off) which often covered the “rascals” or rapscallions in the mob. 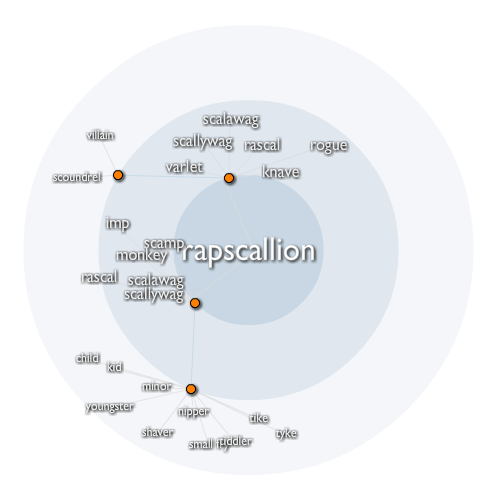