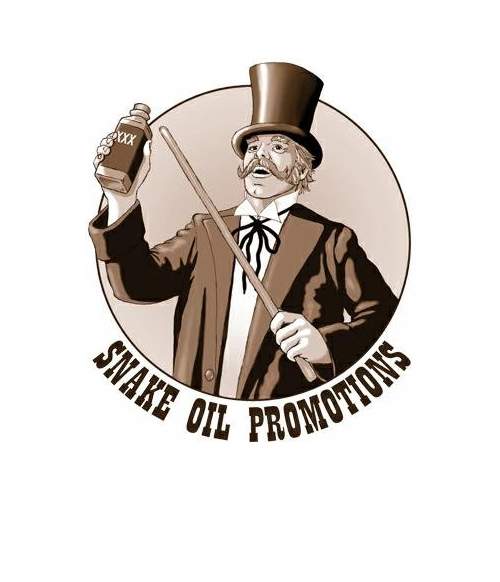 If someone beguiles you, you are charmed by and attracted to them.

If you use chicanery, you are using clever plans and trickery to cheat and deceive people.

A circuitous route, journey, or writing is long and complicated rather than simple and direct.

Circumlocution is a way of saying or writing something that uses too many words, especially in order to avoid stating the true meaning clearly.

A demagogue is someone, usually a political leader, who tries to influence people by making emotional speeches rather than using reasonable arguments.

If you feign something, like a sickness or an attitude, you pretend and try to convince people that you have it—even though you don’t.

People who are ingenuous are trusting and believe everything that people tell them, especially because they have not had much life experience.

Legerdemain is the skillful use of one’s hands or employing another form of cleverness for the purposes of deceiving someone.

Someone who is perfidious is not loyal and cannot be trusted.

A poseur pretends to have a certain quality or social position, usually because they want to influence others in some way.

A quack is someone who pretends to be qualified to do something, but really is not.

A rapscallion is a young rascal or naughty child, or an older person who is dishonest and a scoundrel.

A scrupulous person takes great care to do everything in an extremely honest and fair manner.

Someone who is unassuming is not boastful or arrogant but modest.

“I knew that he was a mountebank or lying fake, for he was too sly to be real!” my grandmother snapped after Geoffrey had left me at the marriage altar. I was too stunned to speak, but my maid of honor rose to my defense, “How could Gwen know that Geoffrey was a cheat or mountebank? He seemed so loving!” I stood sadly, abandoned among the flowers and cake, but I guess that it was better than being married to a dishonest, tricky mountebank who was only trying to steal my money.

Quiz: Try again! What is a mountebank?

Mountain Bank That mountebank was trying to sell me some real estate on top of that very tall mountain; the mountebank said that if I put a bank on top of that remote mountain then everyone would come to it because it would be the only one in the immediate area!

A mountebank was a clever trickster who would “mount a bench” so that a crowd would gather round, at which point he would hawk nostrums or snake oil (fake medicines), employing a “toady” who would eat a toad (once considered poisonous), drink the supposed wonder drug to ward off the poison, and declare himself cured; great sales of the mountebank’s miraculous potion would then follow. 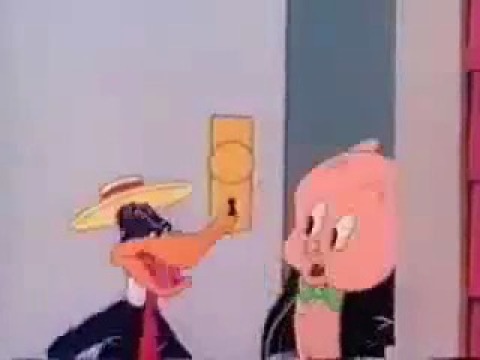 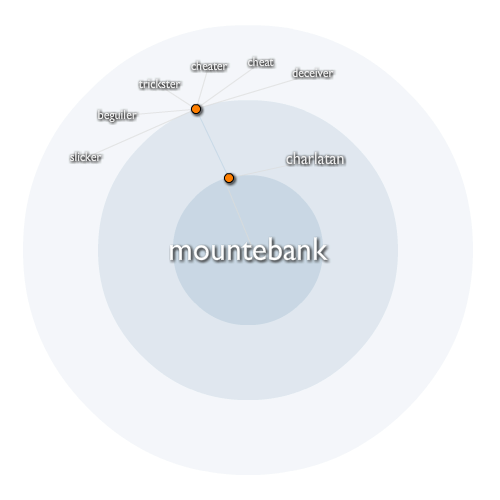