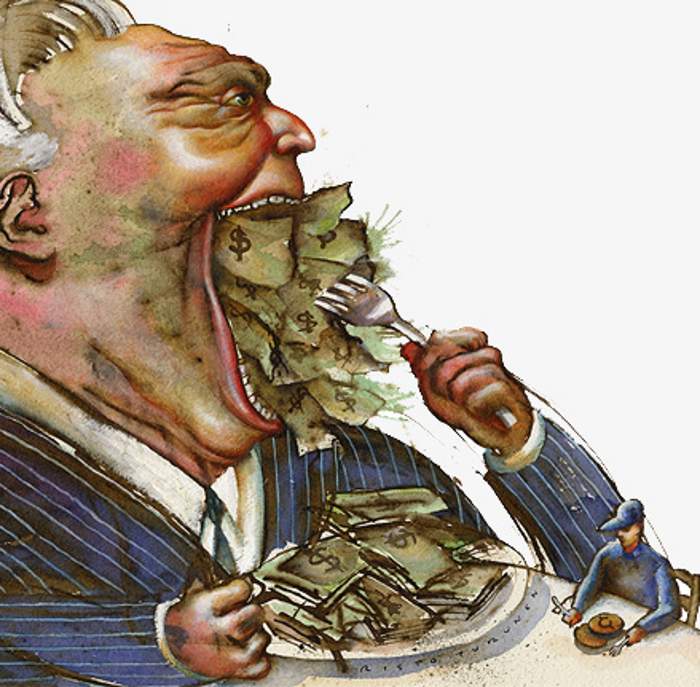 When you are acquisitive, you are driven to pursue and own wealth and possessions—often in a greedy fashion.

Someone who is bounteous in the giving of gifts is very generous.

If you covet something that someone else has, you have a strong desire to have it for yourself.

Someone who is impecunious has very little money, especially over a long period of time.

An impoverished person or nation is very poor and stricken by poverty.

A mercenary person is one whose sole interest is in earning money.

A miserly person is so greedy that he hoards all his money and so spends as little of it as possible.

A monastic lifestyle is very simple—it is not given to excess in any way; rather, it is a lifestyle of self-denial.

When you procure something, you obtain or get it in some fashion.

When someone stints, they are not generous; rather, they withhold support or the providing of something that another person needs.

If you show temperance, you limit yourself so that you don’t do too much of something; you act in a controlled and well-balanced way.

An unquenchable desire or thirst cannot be satisfied or gotten rid of.

Someone who is venal is dishonest, corrupt, and ready to do anything for money.

A voracious person has a strong desire to want a lot of something, especially food.

The miser was filled with avarice as he greedily counted his numerous gold coins. His avarice knew no bounds—his only goal in life was to be the richest man in the land. His avarice for gold and great wealth soon led him to work with criminal elements, and for this he was thrown in prison. While wanting some money for comfort is not necessarily bad, no good can come from the avaricious pursuit of extreme financial gain.

Quiz: Try again! If you were known for your avarice, how would others describe you?

Boy's Rice Hunger Knows no Bounds Avi was greedy for rice, consuming 10 pounds a day in overwhelming avarice for the white grain, while also avariciously collecting one 50-pound bag per day to add to his growing hoard.

Those who are overcome by avarice have great “desire” or “are eager” for money; consequently, they hoard it.