The best or perfect example of something is its apotheosis; likewise, this word can be used to indicate the best or highest point in someone’s life or job.

An apparition is something that unexpectedly appears that is either a ghost or ghostly.

If someone is deified, they have been either made into a god or are adored like one.

If someone looks gaunt, they are very thin, usually because they are ill, tired, or worried.

A sentient being is able to experience the world through its senses; it may have emotional feelings as well.

A simulacrum is an image or representation of something that can be a true copy or may just have a vague similarity to it.

A visceral feeling or reaction is strong and difficult to control or ignore; it arises through instinct or “the gut” rather than through careful thought.

The Greeks used anthropomorphic or humanlike gods to explain natural phenomena. The anthropomorphic Poseidon was imagined to be a huge man who could use his trident to stir up the sea or crash into the ground to cause earthquakes. His brother Zeus, the king of the gods, possessed an anthropomorphic, human-shaped body that was strong and muscular, easily capable of hurling thunderbolts across the sky. Often cultures will make their gods anthropomorphic or possessing human characteristics to make them more accessible to their human worshipers.

Quiz: Try again! What do anthropomorphic beings have?

Something anthropomorphic has the “nature of human form.”

Jason and the Argonauts The anthropomorphic statue of Talos comes to life! 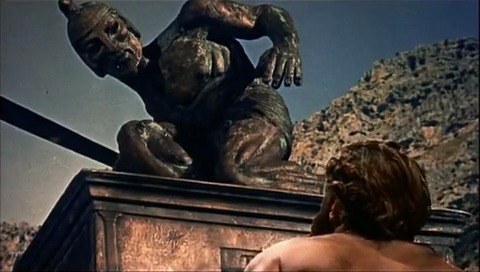 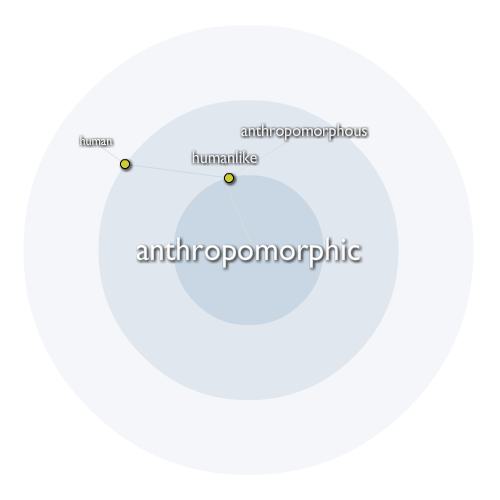