If you describe a decision, rule, or plan as arbitrary, you think that it was decided without any thought, standard, or system to guide it; therefore, it can seem unfair.

Your deportment is the way you behave, walk, and stand in public.

A disclaimer is a legal statement that declares a refusal to accept responsibility in case something bad happens when a product is used.

Fanaticism is the condition of being overly enthusiastic or eager about a cause to the point of being extreme and unreasonable about it.

When you hamper someone’s efforts, you try to slow down their progress by holding them back.

Spontaneity is freedom to act when and how you want to, often in an unpredictable or unplanned way.

When you stifle someone’s creativity or inner drive, you prevent it from being expressed.

When you subdue something, such as an enemy or emotions, you defeat or bring them under control.

If you show temperance, you limit yourself so that you don’t do too much of something; you act in a controlled and well-balanced way.

Someone who is unrestrained is free to do as they please; they are not controlled by anyone but themselves, which can lead to excessive behavior.

Walking barefoot in the rain seemed like an act of carefree abandon after studying in the library all day. With uncharacteristic abandon, Serena swung her sandals in her hand as she walked through puddles and allowed the rain to wash over her. Acting with such abandon was unlike her on a normal, working day, and she enjoyed the rare sense of freedom it brought.

A Band On Harry's parents didn't like it when he listened to his favorite loud band. They reasoned that when Harry's band was on, he was acting both literally with a band on, and henceforth with abandon, because they had instructed him not to do so.

The idea here is that, when one acts with abandon, one is no longer personally in control, but one’s rational mind is towards or at the control of something else.

Flight of the Conchords Dancing with complete abandon. 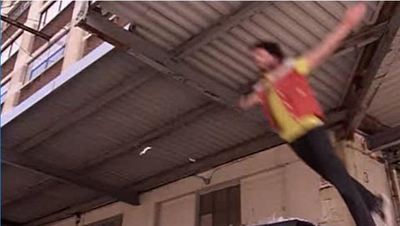 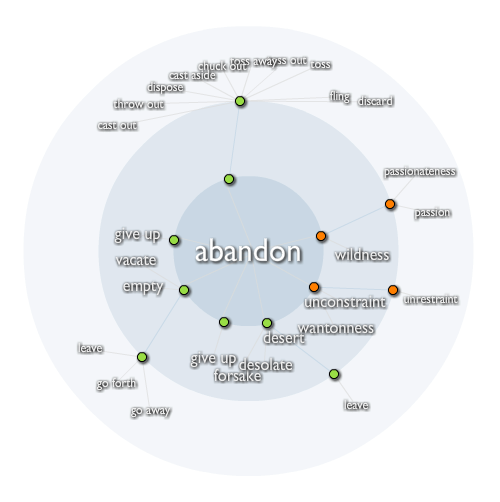